Eldeezy is set to release his second freestyle of the year 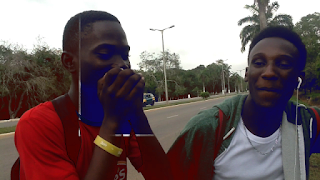 Eldeezy is finally set to release his second freestyle tune for this year “2k17 freestyle 2”. The first freestyle “The ComeBack”, was on the Panda instrumental, this one is on Hammer’s recently released instrumental “Effortless“.

Before that, a short campus freestyle video of him will be dropped on YouTube on 11th February, 2017.

The first freestyle was a blast! don’t miss the “short freestyle video” to even think of missing the “2k17 freestyle 2”
#ROLUP